Why would community bot reject a suggested formatting edit that should have been approved ? 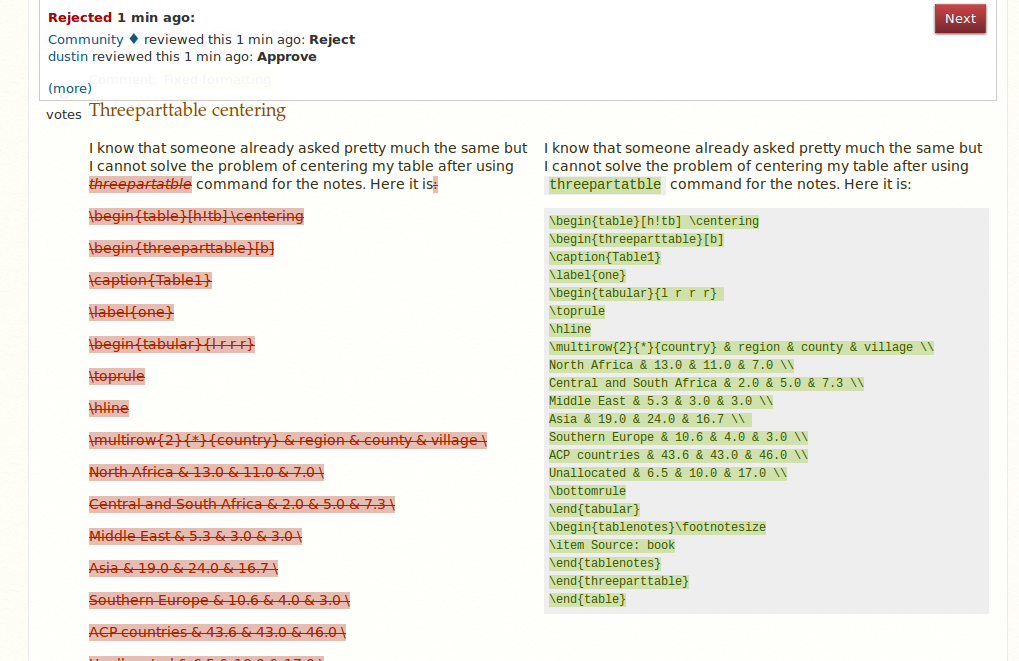 From Meta.SO: User Community rejects an edit "when the post owner or someone with 2000+ rep makes an edit and the suggested edit is still being reviewed."

In this particular case, user Adam's suggested edit was most certainly valid, since we encourage code formatting in posts. However, according to the post revision history, the following sequence of events ensued (some guess-work):

Underlying here is the fact that a suggested edit isn't immediately incorporated once approved by someone reviewing the queue entry. Instead, (at least) two votes are required. See How do suggested edits work?

Not the answer you're looking for? Browse other questions tagged bug suggested-edits .

6
How do we deal with suggested edits?
6
Edit marked as by “Community User”
12
“Approve tag wikis” privilege not granted with exactly 5000 reputation
17
Why were my edits rejected?
10
My votes on the new community ads get reverted
7
Community Rejected Edit
21
edit criteria regarding “national linguistic” practices
0
Edit in title of questions
4
Edit approved by mistake, what to do next?