A user never answers questions, only asks them

I have come across one user who has asked 168 questions and never helped any other questioner with their problem. The OP has stated that their only interest is in posing questions and will not answer any. To me this seems against the interest of the site which is folk helping each other. Should anything be done to discourage this behaviour, and if so, how?

We like questions, especially if they're good. Poorly-formed questions1, not so much. In fact, we have more than 20k users2 (as of early 2022) that have only asked questions In general asking a good question is not easy, so as long as the quality isn't poor it's completely fine. And our decision on quality is founded in votes.

In short, if the person posts good (quality) questions that are worthy of answer(s), that should build on the knowledge base of the site. If the quality is lacking, vote accordingly. When things become increasingly lackluster address it explicitly through (down)voting or consider bringing in a moderator as a last resort.

Some background considerations on posts and voting behaviour 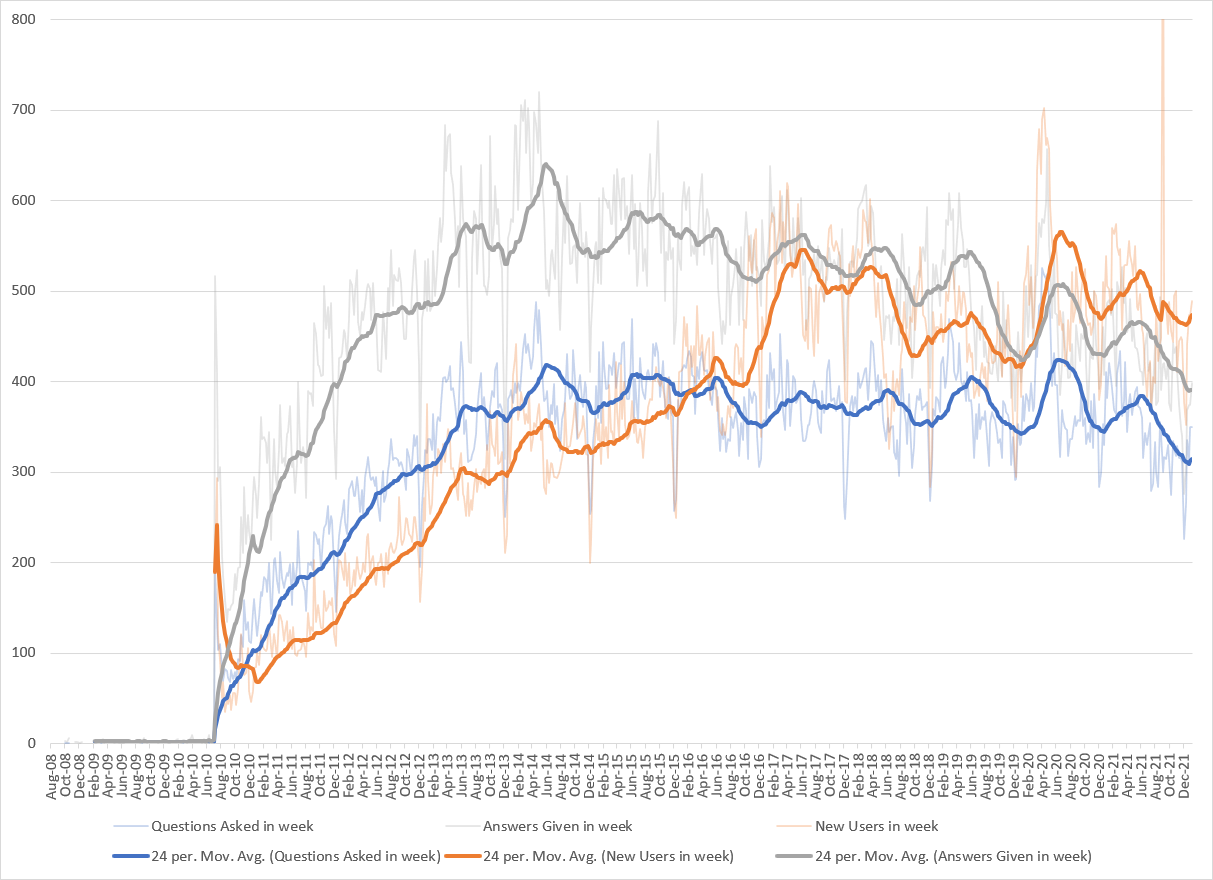 What is shown above is a moving average of 24 weeks (or 6 months @ 4 weeks per month) of questions (in blue), answers (in orange) and new users (in gray). It shows roughly 350-400 questions per week during the period from 2015 to 2019, with pronounced correlation between the peaks of new users. This is not new news, since we often see new users bounce after asking just the odd question. Now 2 years into the COVID pandemic we see a slump in the questions, echoed in the number of answers (of course, an answer needs a question). Fewer questions, again, isn't bad, as long as the questions are still good... right?

Now view the same setup, but this time for voting behaviour: 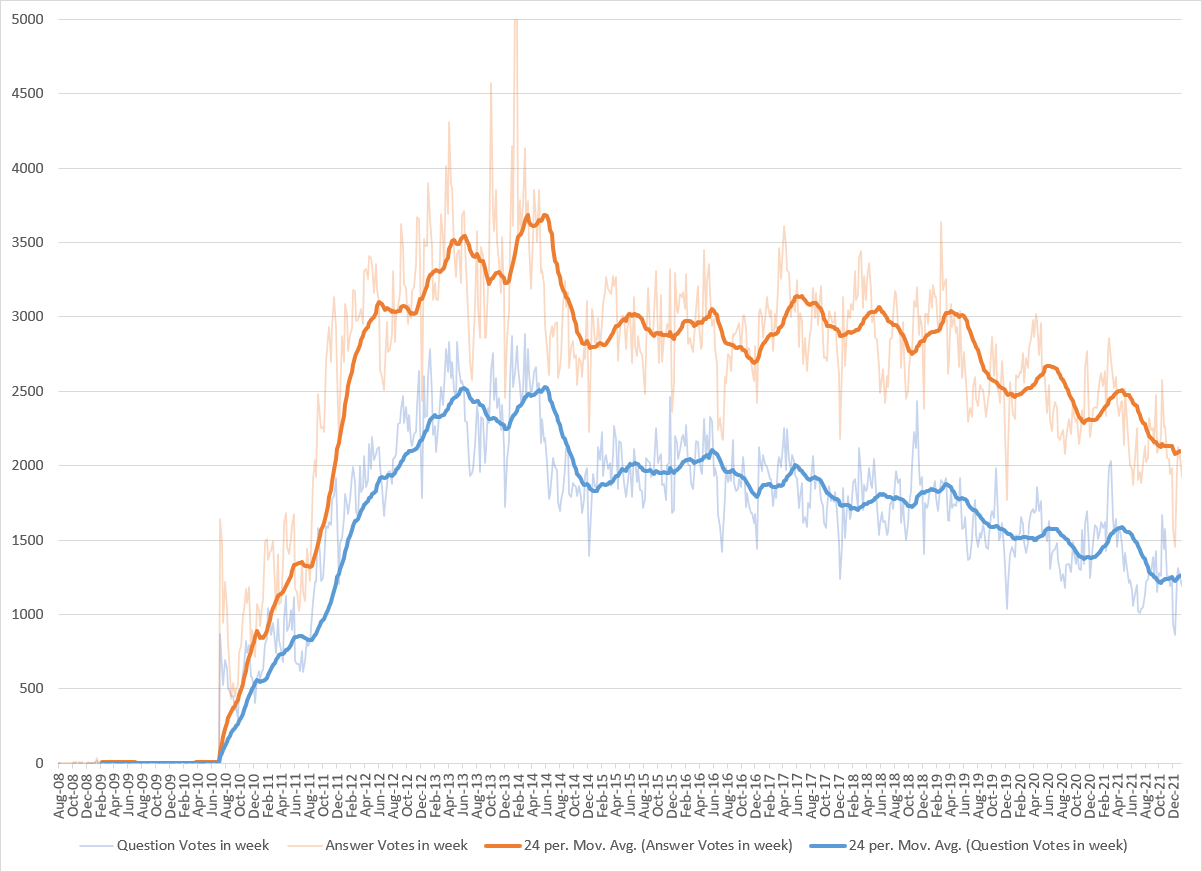 Again, this shows a moving average of 24 weeks (or 6 months @ 4 weeks per month) of votes on questions (in blue) and answers (in orange). There is a clear downward trend in voting behaviour.

In the land of TeX.SE, voting is often the deciding factor in quality. The more votes (often upvotes), the higher the quality. So, seeing a decline in voting could either imply that people are less-inclined to vote, or that the quality may have degraded.

1 These are questions that resulted from a typo, some technical setup unrelated to (La)TeX, or general questions that either could have been solved by some basic search.

2 This query provides a ranking of users that have no answers to their name, arranged in descending order by their current reputation. A filter on reputation above 101 (typical starting reputation on this site with an association bonus). Filtering out users below a 101 threshold may exclude users with questions that have been downvoted.

5
Should we close more questions as "not a real question"?
18
Closing questions as exact duplications: 'best practice'
10
What exactly do we believe about Community Wiki posts?
15
Is there any benefit for users having high reputation and no question?
11
How to avoid closing a question that gets more than 5k views!
6
Old questions creating duplicates because of "Do what I want, not what I said..."
10
OP asks the same question two or three times or does the same strange things several times
4
Is the reputation value increasing?