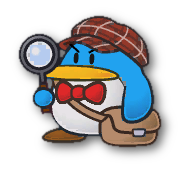 6
Deleting really exact duplicates
10
an ipython tag? really?
31
Do we like non-TeX-SX moderator activity on the main site?
15
Can we clean up the "How to ask" box, please?
27
Should we answer really bad questions?
13
How prevalent are TeX & its variants in k-12 education?
55
TeX.SE really are nicer voters
51
Reviewers; what do you eat for breakfast?
27
What makes a question plain tex versus latex? Does it really matter?
17
Should we really delete low quality answers?