Why does the list of Featured questions now appear to include questions which do not currently have available bounties?

Why does the list of Featured questions now appear to include questions which do not currently have available bounties?

and here's the bountiless question included: 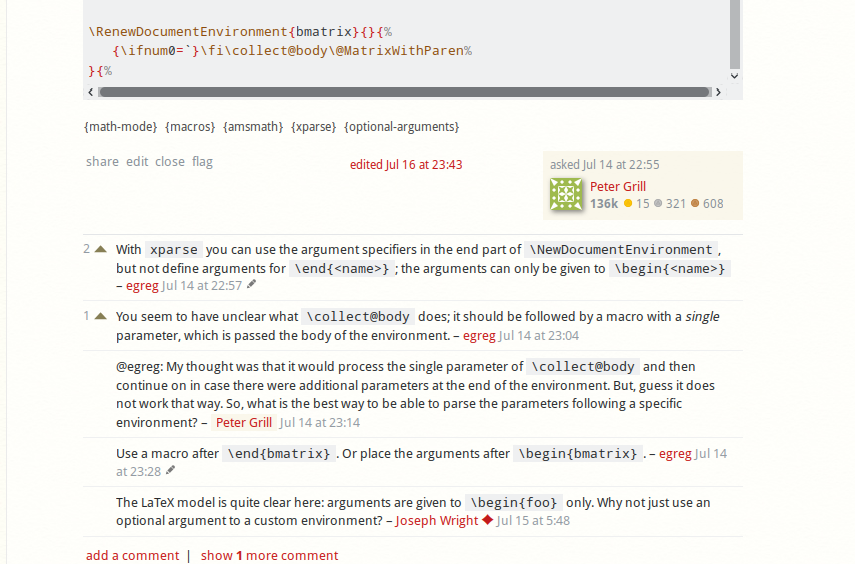 However, it also includes questions such as this one

which offers no bounty and which has no answers already awarded bounties. So perhaps it also includes questions whose bounties recently expired, including expiry of the grace period.

Thanks; there was a bug on the "tag engine" (the backend system that deals with this stuff) that failed to update the "count" of an index when that index was being reduced to zero (it is fine when reducing in general - just the zero case is the problem). This meant it was happily reporting data that it knew wasn't "featured" (or whatevever) any more. Essentially (not the actual code!):

In the zero case, it would never actually mark the index as being empty (the "nothing to do" was wrong - it should still have updated the count). Entirely my fault. A permanent fix for this will deploy today.

Not the answer you're looking for? Browse other questions tagged support bug status-completed .

32
Things to do on a slow day at TeX-SE
8
The image you are requesting does not exist or is no longer available
2
How to list questions for which I have left a comment
27
New user asking for TeX.SX usage tips and tricks
10
why does a zero before a period disappear in a quoted environment?
5
Placing more bounties than you have reputation