Last year, TeX.SE opted out of participating in Winterbash 2014. Winterbash 2015 will begin shortly (December 14th, 2015 GMT). Are you interested to have TeX.SE join this year? The mods need to let SE know by December 10th so vote early. 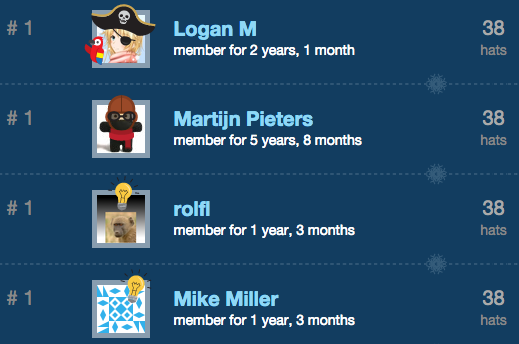 This year's event will start on 14 December 2015 and run up to and including 03 January 2016. Users will be able to see all the hats they've earned on http://winterbash2015.stackexchange.com. That site will also have an FAQ to explain how things work.

Not the answer you're looking for? Browse other questions tagged discussion community winterbash-2015 .