Line break between backslash and opening brace { in in-line code

in Necessity of nested \text within math mode for proper \mathchoice-based scaling, there are a couple of instances where in-text code strings have a backslash at the end of one line and the next line starts with an opening brace {.

since this combination has the meaning of a real opening brace in the output, the two characters should really be kept together. (i haven't seen any instances where a backslash was separated from following letters at the end of a line.)

maybe this is just a function of the software i'm using to read tex.sx (this software has many other problems, but i'm on the road, and have no other option), but it's disconcerting, and if it's a system problem at the source, maybe it can be fixed.

edit: here's a screen shot of the affected area. 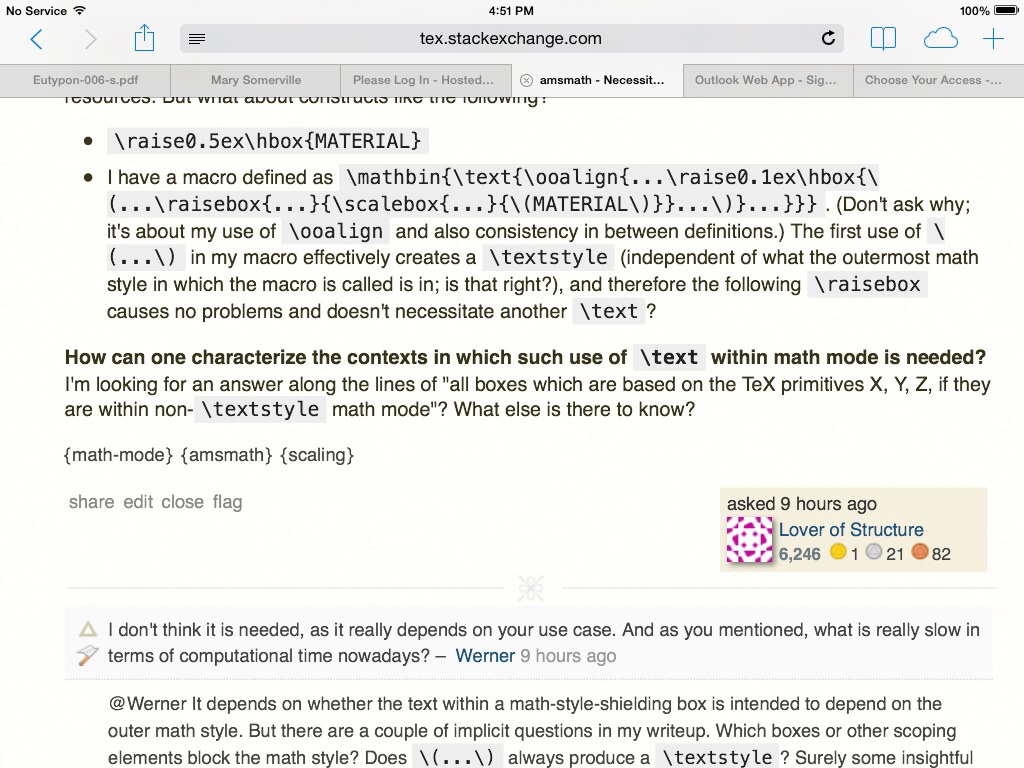