Two hours ago, several of my answers and questions were downvoted: 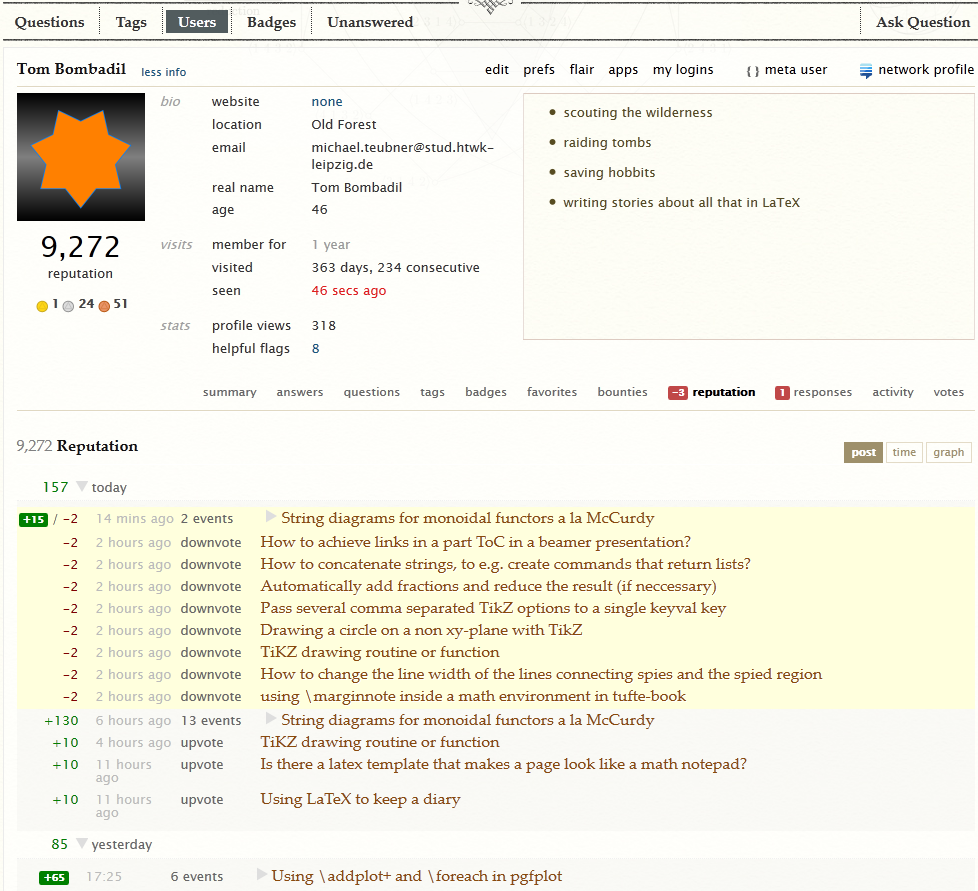 So my question is:

Update: So "Serial downvoting reversed". Hmm, "nice" certainly, but I'd still like to know what was going on? 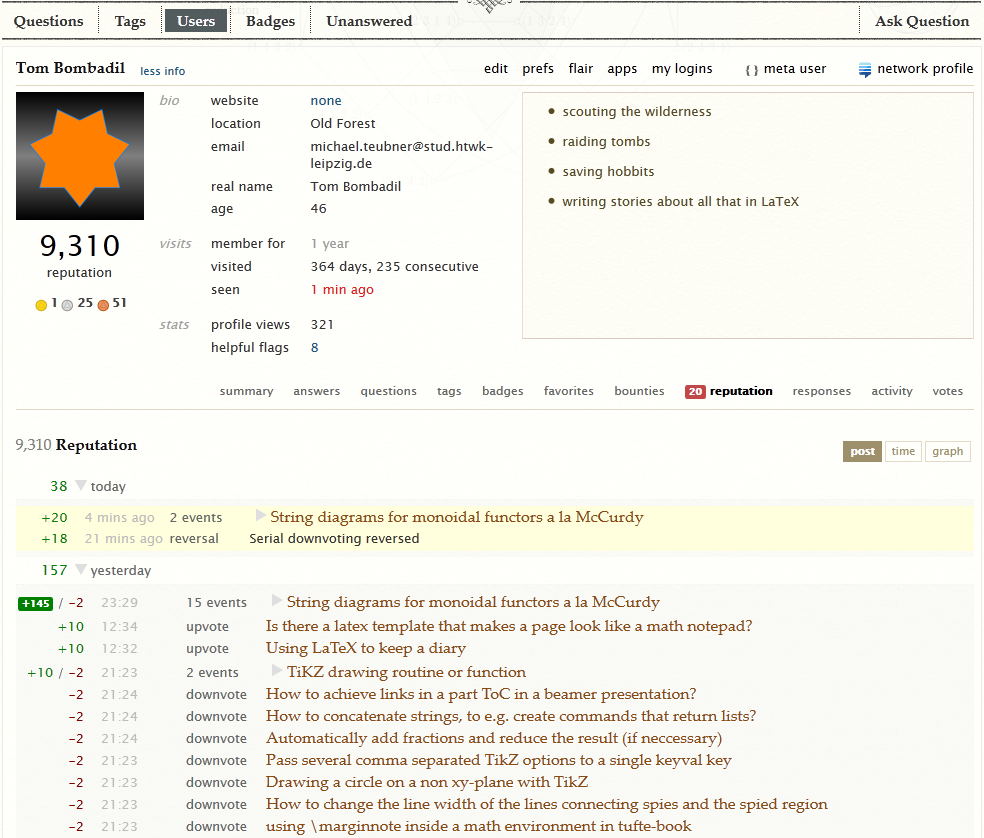 Voting is intended to be anonymous, and so there is a limited amount that we can say about specific votes. That said, there is some information we can pick up about patterns.

The automated script which reverses 'serial' votes does know who votes for who. So the fact that it's acted here suggests that there was some pattern here. There is also a certain amount of voting pattern information available to moderators, and there is something there which suggests a pattern rather than a random event. As it's been handled by the script, I don't think there is anything to actually do here at the moment.

Not the answer you're looking for? Browse other questions tagged support reputation down-votes recent-activity .

39
Consistent policy about downvoting and asking the OP to 'show what they have tried'
10
problem with possibly “not an answer” and downvoting
30
Downvoting answers exploiting different approaches with respect to the initial question
11
Why does downvoting reduce my own reputation?