I often saw that MWEs which include images can be a little bit of a problem. There are no common images in the TEXMF tree which could be used. Even the famous PS tiger is not directly accessible. Often people add the demo option to graphicx to avoid the need of real images. Other times a \rule{<width>}{<height>} is added as a substitution. The problem with both is that you have to always tell users that the have to remove the option or replace the substituted code.

Therefore I now created a special CTAN package mwe which comes with a variety if dummy images which can be used for MWEs. They are installed in the CTAN package directly and therefore direct accessible through the TEXMF tree. In other words, if all people have installed this package they can share code like \includegraphics{example-image} and get an example image in their MWE with no extra effort. Even if users do not have the package installed the name makes it clear enough that they simply have to add a real image name.

There is also a mwe LaTeX package provided which load graphicx and both lipsum and blindtext. It may grow in the future but I like to keep it small in order to keep the used code in MWEs really minimal. The package is not required to be loaded in order to use the images. I see it only as a small bonus.

There are multiple images (all in the form example-image* in PDF, JPG, PNG and EPS format as well as TeX file holding its TikZ code). Originally they were all standalone files, but to keep things simple I stripped the preamble and document environment in my release script. These formats allow for specific MWEs were the file type is used or even matters. Also the different files allow to differ between multiple images in a figure with sub-figures etc. There are also PDF files for A4, letter, etc. for MWEs related to pdfpages and similar things.

Also, there are basically two types of MWEs: question MWEs and answer MWEs. The first one should show the issue / the code used, while the second form is mostly an example how to apply certain techniques. In both cases the images are useful. The package might not be wanted for the first kind and only for the second for certain example usages. Of course if there is a MWEs provided with a question, then it should be used as base of the answer code.

Here a small MWE to see how the whole thing works: 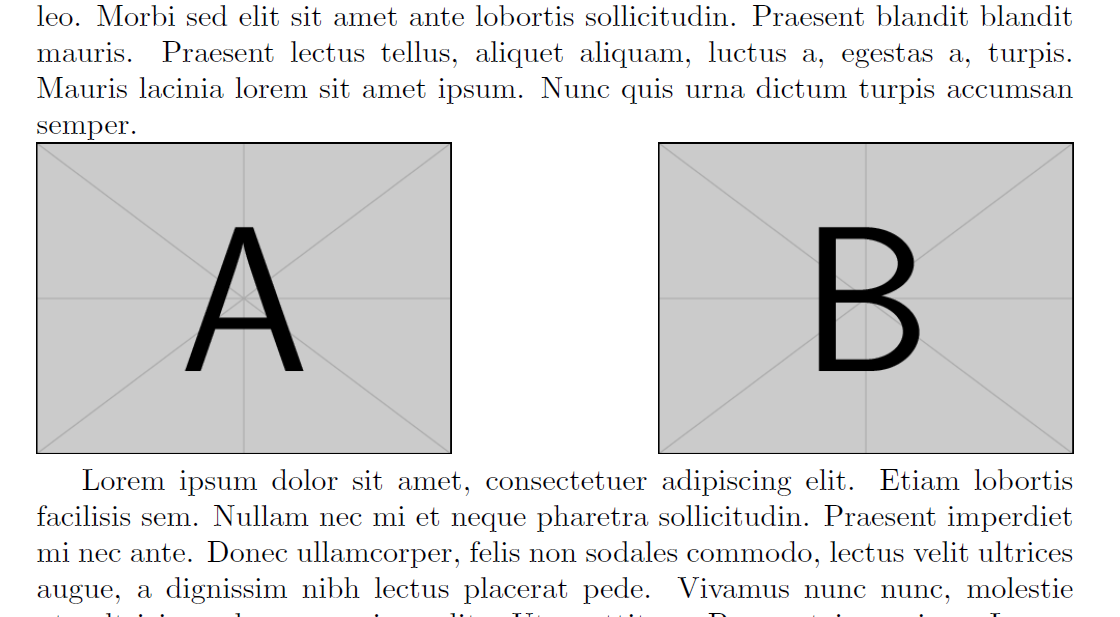 The images come from the TEXMF tree:

340
I've just been asked to write a minimal working example (MWE), what is that?
0
Why is short and specific questions required as stated in FAQ?

3
Should minimal examples be required, or just encouraged, for questions to be answered?
15
List of commonly available example images
4
Style of typesetting images in questions/answers
20
Are there questions where we can recognize that a MWE is not necessary?
42
How to write a MWEB (Minimal working example with Bibliography)?
11
Adding an Overleaf link as well/instead of MWE